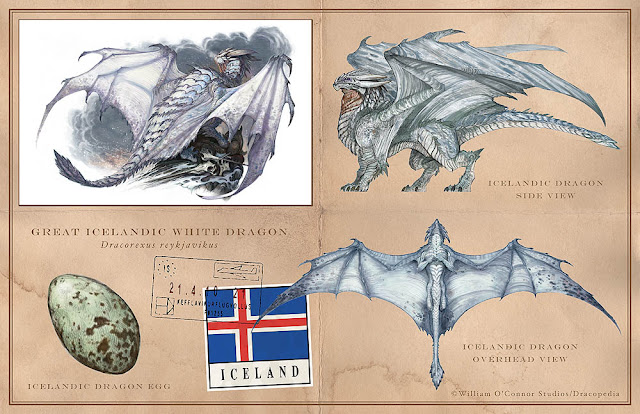 The White Dragon makes its home in the high cliffs of Iceland overlooking the northern Atlantic ocean. Like other members of the Dracorexidae family this powerful dragon can grow to enormous sizes in excess of 75' wingspans. Using the high cliffs and strong ocean winds the White Dragon can soar for long periods of time surveying its territory which it will guard voraciously. The White Dragon feeds primarily on large sea animals, such as seals, small whales and fish. The camouflage abilities of the Icelandic dragon are unique to its species, ranging in color from pure white to mottled browns and grays. These changes are similar to other arctic animals such as the arctic fox, and range widely from summer to winter. Making lairs in the high cliffs near the ocean the White Dragon will hibernate through the winter awakening in the spring to court and mate. Once a female White Dragon has chosen a male and the eggs are laid, the male will abandon his family and search for a new territory.

It is possible that the rare encounter mentioned in the Mabinogion was the instance of a White Dragon migrating from its home in Iceland to the cliffs of Wales. Today there are very few specimens of White Dragons still alive. Like all of the Great Dragons, they are an endangered and protected animal, with their native habitats on the shores of Iceland kept as preserves. Visitors to Rekjavik Iceland often enjoy Dragon spotting cruises to try to catch a glimpse of this powerful and majestic animal in its natural environment. 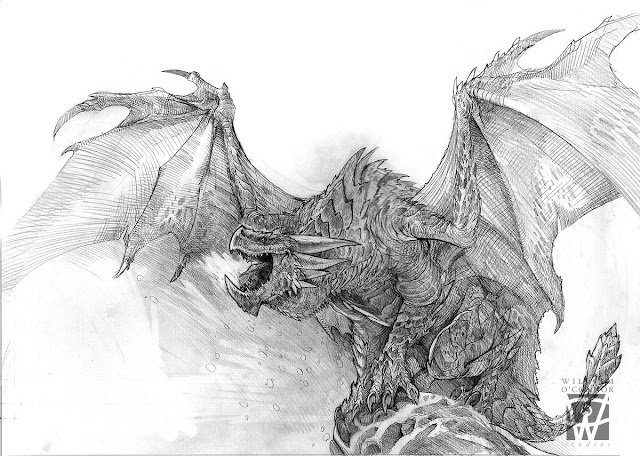 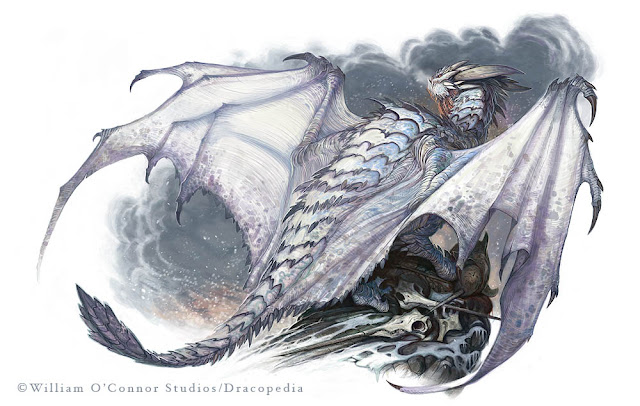 To view a selection from the book or purchase Dracopedia visit: